Within Prodoc you can assign default forms based on a wide range of criteria that are added when a shipment is created (or all forms are removed). 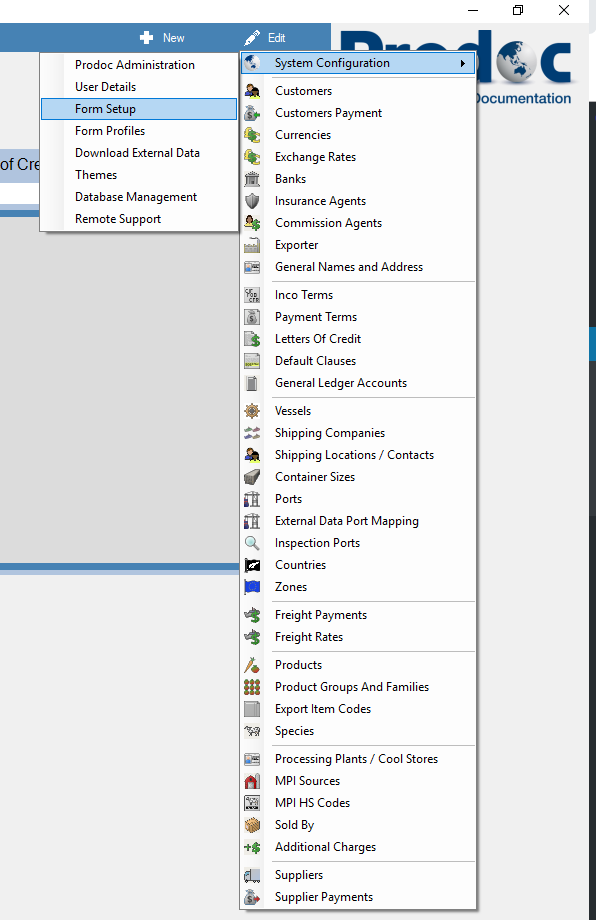 Outside of Form Setup, you will find a similar interface in their respective locations although in those cases they will just modify the one location. This article will assume you’re using Form Setup to configure form defaults.

The aspects of Form Setup are as follows: 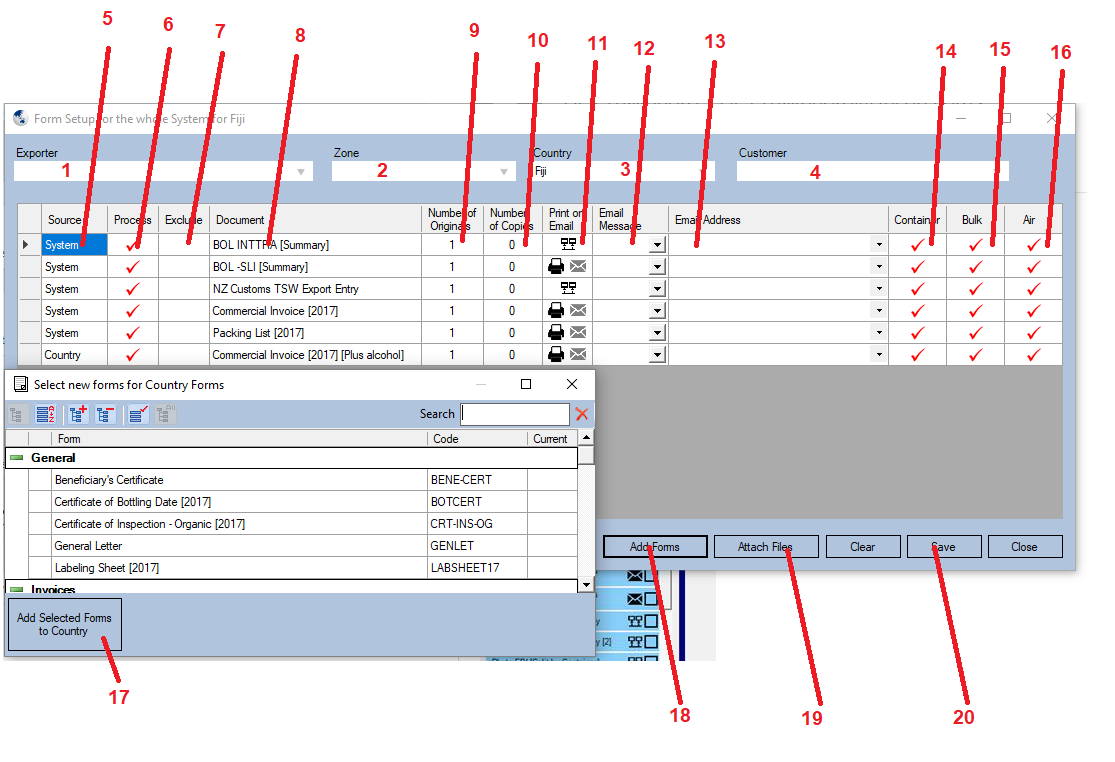 Via a combination of these functions you should be able to automate the addition of most shipment forms, with the potential of delving quite deeply and covering a wide range of potential circumstances (although advanced automation may only save time on large documentation teams).